Over 90 people shared in at least one section of the Circuit Prayer Pilgrimage which took place between Ascension and Pentecost. The 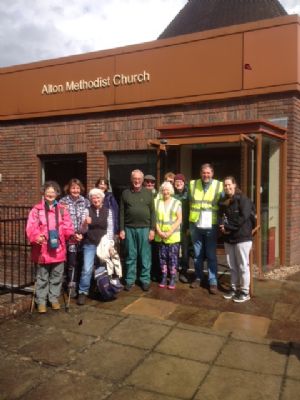 Prayer Pilgrimage was part of the global 'Thy Kingdom Come' prayer initiative which encouraged people in over 100 countries to pray for the coming of God's Kingdom in nations, in communities and in the lives of individual people.

The Circuit Prayer Pilgrimage visited all 13 church communities in the Circuit and covered a total of 45 miles. As well as the 92 people involved in the walk itself, many more were involved in providing hospitality, community prayers at the start and end of each day's walk (and occasionally in the middle as well when three churches were visited in a day) and transport back to the starting point for the walkers. Over 700 Prayer Booklets were distributed around the Circuit and many people who were unable physically to join in the walk shared in the prayers in their homes using the Prayer Booklets. Thank you everyone for your involvement.

The picture above shows the group arriving in Alton on the final day of the walk having completed the 11 miles walk from Rowledge in a mixture of sunshine and showers!

The Methodist Youth Brass Band will be at North Camp for a weekend early in February 2019. On the evening of Saturday 9th February there will be a concert at 7.30 p.m. Tickets are available from the office at North Camp Methodist Church on 01252 512226 or by emailing here. Tickets costs £5 or £10 for a family ticket. 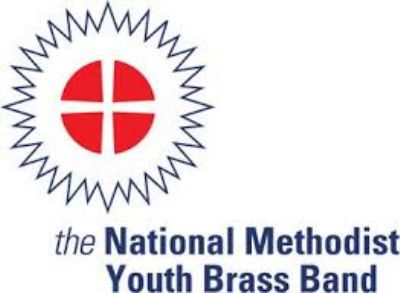 On Sunday 2nd September 2018 the Circuit celebrated the joining together of the Methodist and United Reformed Church congregations within Farnham to form The Spire Church. 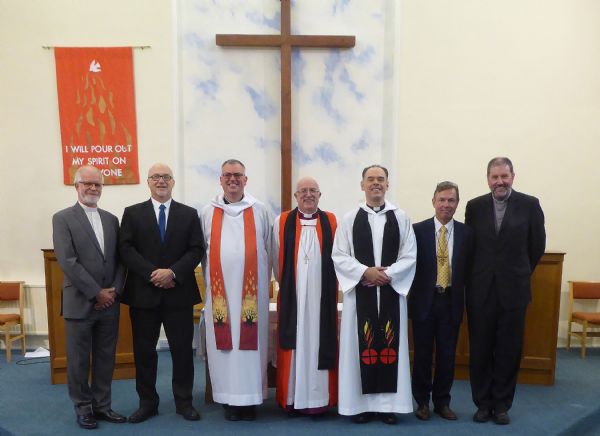 The possibility of a merger between Farnham Methodist Church and Farnham United Reformed Church has been under consideration on various occasions in earlier years. They almost face each other on opposite sides of South Street and the relationship has been very warm for a long time. On 2nd September 2018 the two congregations united to form a new church called The Spire Church Farnham, A Methodist and United Reformed Church. A moving and uplifting inauguration service took place in the Methodist building with ministers and officials from both denominations taking part and with a sermon preached by the former Bishop of St Albans, the Rt Reverend Dr Chris Herbert. During the service, the church’s constitution was formally adopted and signed, the Church Leaders elected and commissioned, the ministers affirmed, the congregation made a covenant with each other and individually with God, and keys to the two buildings were exchanged.  The congregation then shared Holy Communion together.